Olá: Portugal – 10 exciting facts about the country and the language 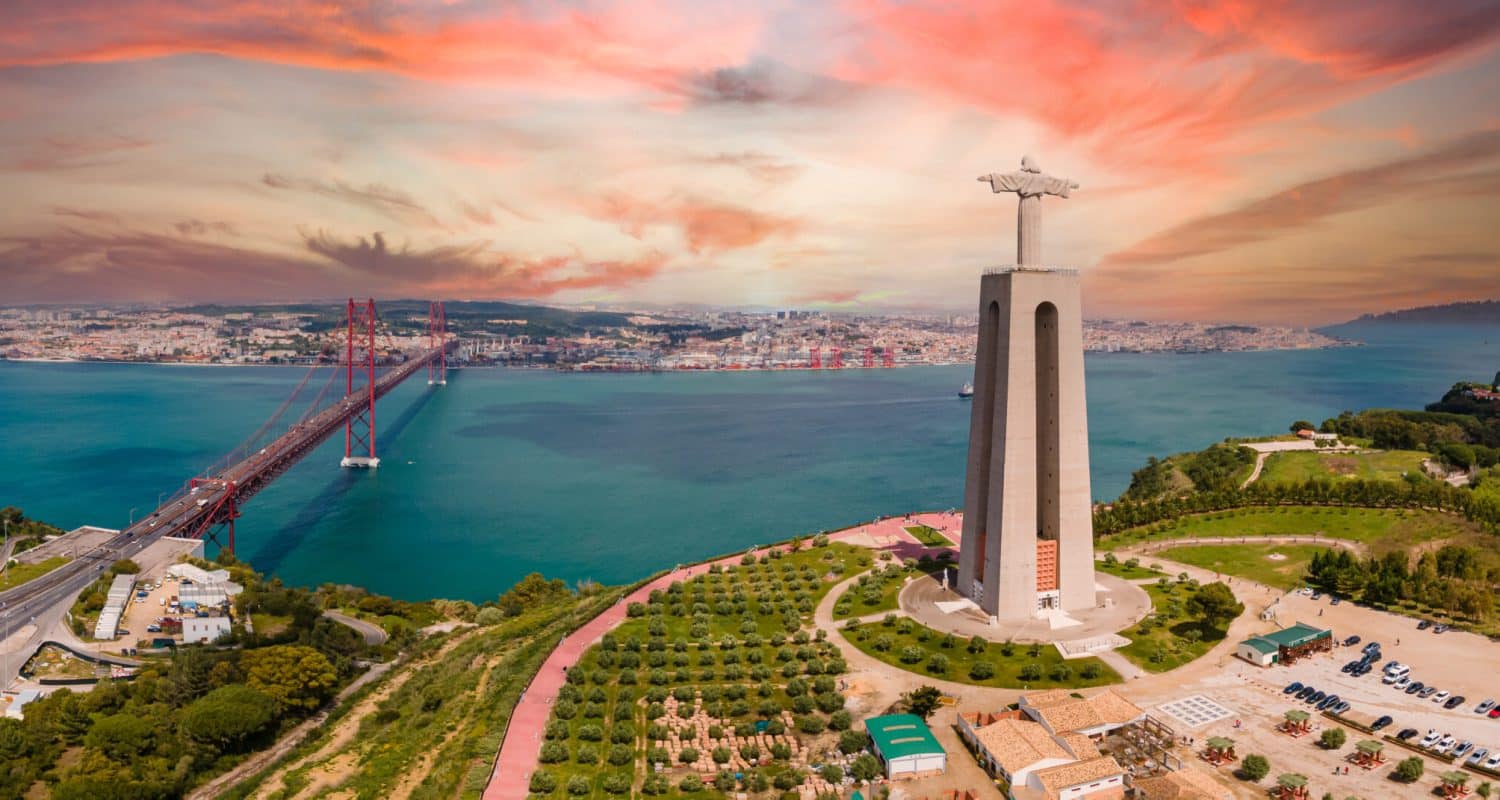 Historically Portugal has generally been overshadowed by its larger neighbor, Spain. In recent years, the land of seafarers and explorers has become significantly more attractive as a European travel destination – and with good reason. Portugal not only conquers the hearts of world travelers with culinary delights like its famous pastéis de nata pudding tart, but also enchants with its thrilling culture, world-record surfing and charming bookshops that evoke the world of Harry Potter.

This country on the Iberian Peninsula is also a very attractive target market for international companies. Our list of ten facts below explains precisely what makes Portugal so alluring.

Along the edges of the historic town of Porto, the Douro River flows through picturesque wine country. The landscape is truly spectacular. A glass of Portugal’s most famous export tastes best on a warm summer evening right here, with a view of the Douro valley.

But the rumor mills have long been churning: Is port wine, named for its birthplace in the town of Porto, really a Portuguese invention? Rumor has it that the English not only have a historical soft spot for the sweet fortified wine, but actually invented it themselves back in the 17th century. It is said that they mixed brandy into red wine from the Douro Valley to keep it from fermenting during the long trip to England.

Whether the famous beverage actually has English origins or not remains uncertain today. Whatever the truth may be, a glass of potent port wine should definitely make the cultural itinerary for your next vacation in Portugal.

2. Fado – The melancholy side of Portugal

There’s no doubt that the Portuguese are a vivacious, open-hearted people. But Portugal’s culture also has a melancholy side that finds its best expression in the musical tradition of fado. Born in the poor quarters of Lisbon in the 19th century, today fado singers join their audiences all over the country to sing about love, hard luck, and the hope of a better future.

Fado is Portuguese for “fate” and embodies the concept of saudade: the pain and longing often shared by the inhabitants of this land of emigrants.

As a coastal country, Portugal reserves the top spot on its menu for fish. The stockfish bacalhau (cod) is a preferred delicacy – not just on major holidays like Christmas and Easter. And in fact, the Portuguese consume 20% of the world’s cod. Since Portuguese waters are now running out of cod, however, the country is forced to import most of its supply from Norway.

4. Portugal’s capital used to be located almost 4,800 miles away from its borders

Portugal’s capital is Lisbon, but this hasn’t always been the case. When Napoleon marched into Portugal in 1807, the royal family fled to Sugar Loaf Mountain in Brazil. And so it also came to be that Portugal’s capital briefly relocated to Rio de Janeiro until the country was liberated from Napoleon’s troops in 1821. The two cities remain united today thanks to their sister landmark Cristo statues.

5. Lisbon is home to the world’s oldest bookshop

There’s something magic about the curved red staircase and quaint wood paneling. And the place is said to have actually inspired J.K. Rowling in her creation of the wizarding world of Harry Potter.

The locale? The Livraria Bertrand bookshop. Open since 1732, the shop in Lisbon’s Chiado quarter is the oldest in the world. The historic location is worth a visit – and not only for book lovers looking to immerse themselves in another century.

6. A surfer’s paradise with perfect beaches and huge waves

With nearly 2,000 miles of coastline, Portugal has plenty of space for picture-perfect landscapes. The Algarve coast, with its bizarre rock formations, caves and powdered-sand beaches tops the list of Portugal’s getaway regions. From Sagres, the southwesternmost point in Europe, you can enjoy a spectacular view of the wide open Atlantic.

But the ocean isn’t an inviting place for swimmers everywhere in the country. In Nazaré in eastern Portugal, hundred-foot waves are not an uncommon sight. It was here that a German surfer conquered an 86-foot wave in 2020, shattering all previous Guinness World Records. 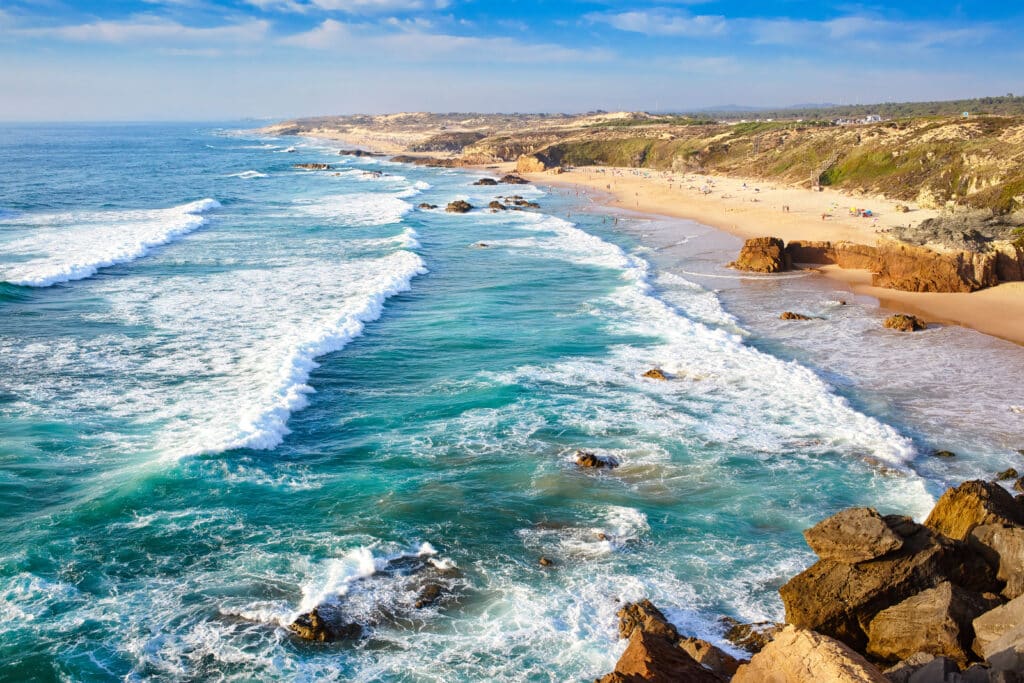 7. Portuguese is spoken on four continents

Around the world, 270 million people speak the Portuguese as a native or second language. And less than 5% of Portuguese speakers live in Portugal.

Did you know that Portuguese is also an official language in Brazil, in many African countries, in the Caribbean and even in the autonomous territory of Macau? The origins of this date back to the age of colonialism when Portugal occupied countries across the world.

The result is a diverse international potpourri:

This places Portuguese in the list of the top ten most commonly spoken languages in the world – and it means the language is important for you, too, if you are interested in reaching major international target groups.

8. Portuguese has linguistic influences from the Middle East

Like its people, Portugal’s language also has a long international journey behind itself. Its roots lie in Galicia in the north of Spain. During the 14th century, Portuguese developed there as a mix of Latin and local dialects.

But that’s not all: Following the arrival of the Islamic Moors from North Africa and the Middle East, Arabic was the official language of most of the Iberian Peninsula up into the 13th century. Even today, many Portuguese words share similarities with the Arabic language: For example, the Arabic words al zaytun (olive oil), alsukar (sugar) and al mikadda (pillow) are azeite, açúcar and almofada in Portuguese.

Learning new languages is fun, but it can also be confusing when you encounter something that has no equivalent in your native language. Many Portuguese learners trip up on how the language uses two verbs (ser and estar) for “to be.”

Ser is used for permanent states like a person’s nationality, such as in the sentence “Eu sou Americano.” (“I’m an American.”). Portuguese speakers use estar, on the other hand, for temporary conditions like the weather or moods, such as “Ela está doente.” (“She’s sick.”).

Fun fact: In Portuguese you can “be” married permanently (“Sou casado.”) or only temporarily (“Estou casado.”) depending on your mood and choice of words!

10. Portuguese words and phrases you won’t want to miss

Whether you’re there on vacation or for business, the people of Brazil or Portugal will appreciate it when you manage to say a few things in their native language.

When someone says this to you, you can answer with “De nada.” And if all else fails, “Não falo português” (“I don’t speak Portuguese.”) will at least net you an understanding smile.

European Portuguese differs from the official language of Brazil in more than pronunciation. Many words are completely different, such as the Portuguese (comboio) and Brazilian (trem) words for “train,” fato and terno for “suit” or gelado and sorvete for “ice cream.”

Whereas people will address “you” informally in Brazil right from the start – with tu or você depending on the region – in Portugal tu is strictly reserved for friends and relaxed situations.

Observing nuances like this is essential, especially in professional communication. If you need Portuguese translation or professional content for your website, the professional native speakers at ACT Translations are ready to help you with their linguistic expertise and deep knowledge of the culture. 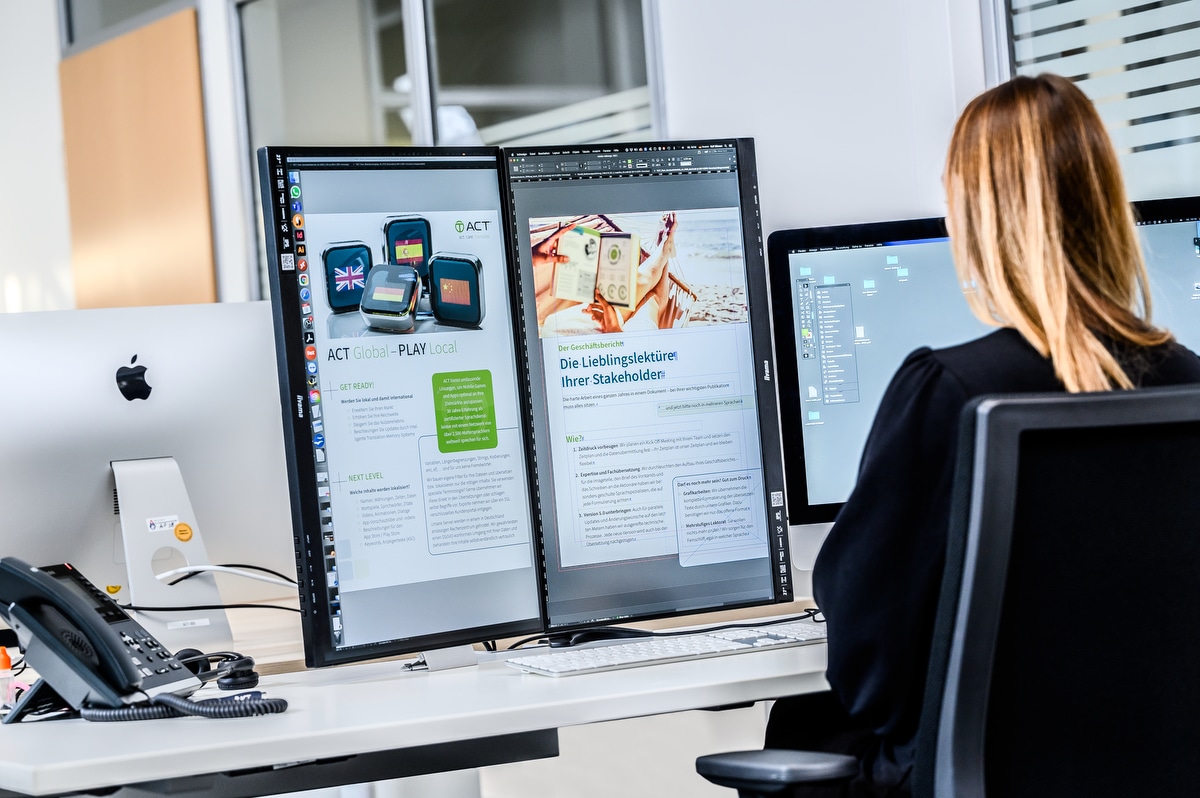 Translating annual reports: what to remember 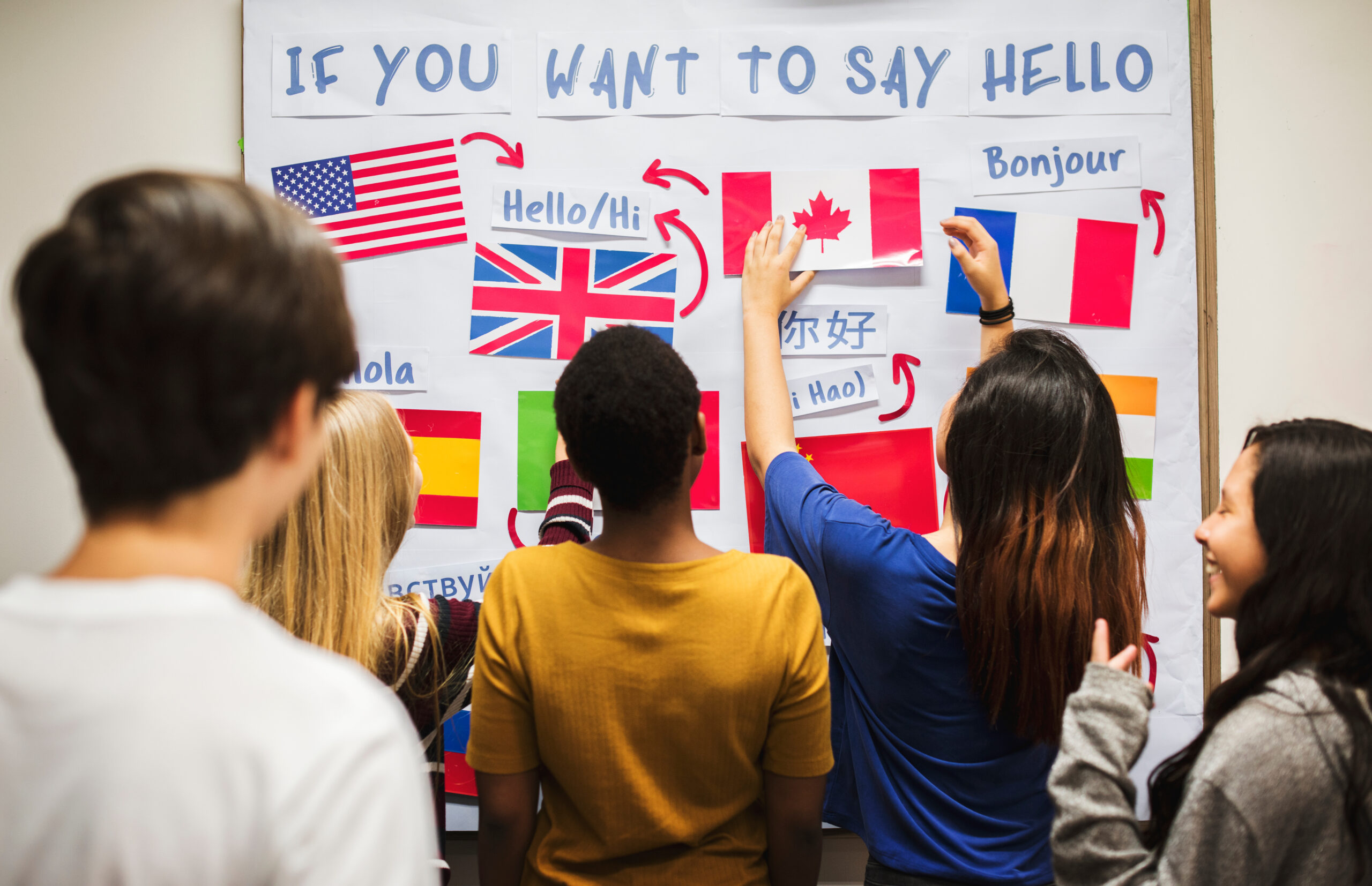 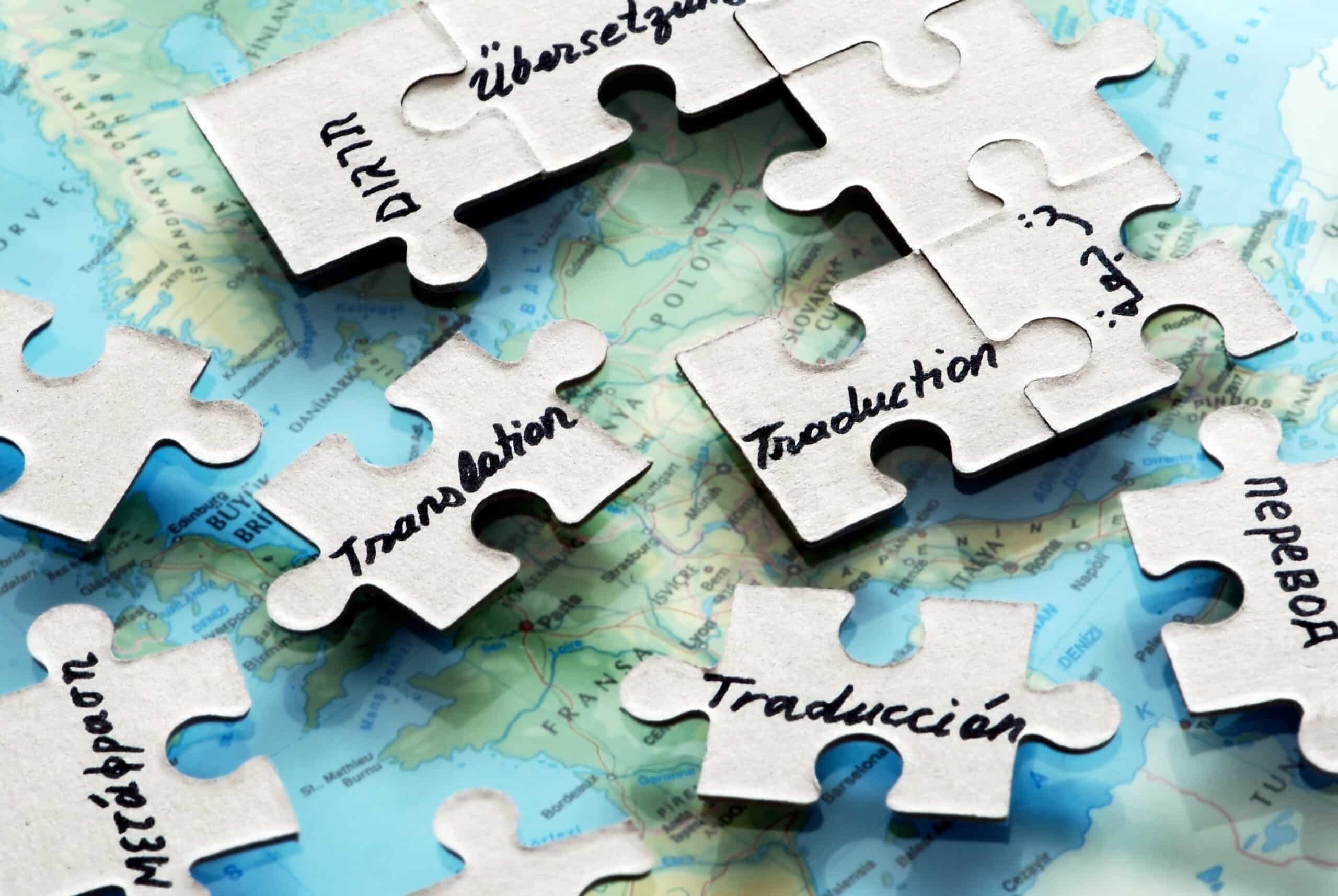 80,000 characters and 40 cases: the five hardest languages in the world